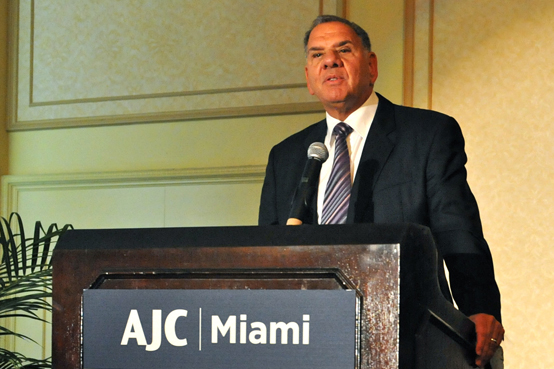 The American Jewish Committee recognized Ira Leesfield with the Judge Learned Hand Award. The honor is accorded to a lawyer nationally who epitomizes the work of the late scholarly federal appellate judge, who served on the 2nd U.S. Circuit Court of Appeals in New York. Ira Leesfield, Managing Partner of Leesfield & Partners, P.A., was nominated by the Board of the Committee’s Greater Miami-Broward office and community leaders. He chaired the Presidential Commission on Holocaust Assets during the Clinton Administration, and is President of the Leesfield Family Foundation. The award was presented by Former U.S. Senator Bob Graham at the JW Marriott in Miami. February 18, 2010.