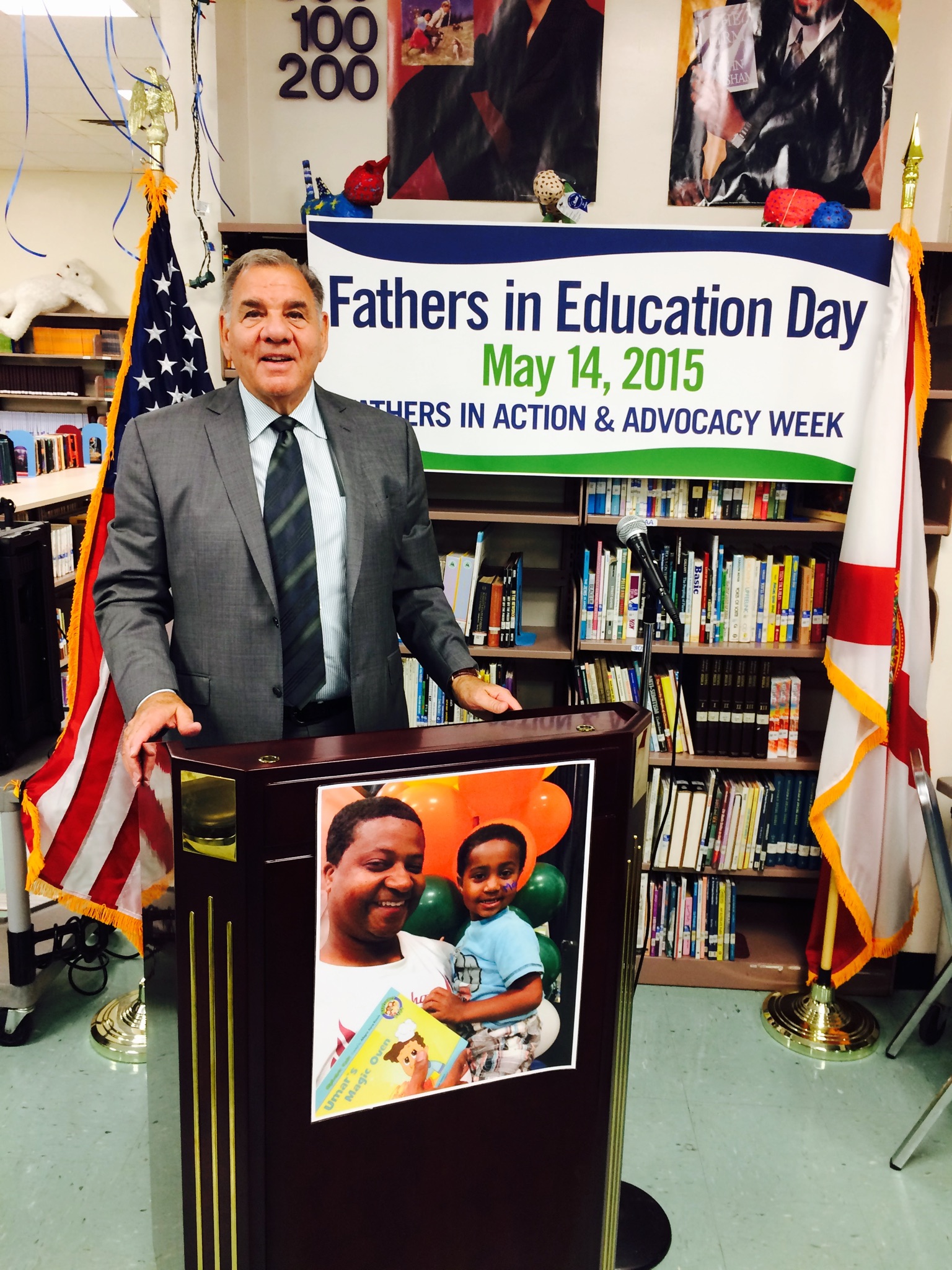 On May 16, 2015, the Leesfield Family Foundation celebrates a quarter of a century of caring and  supporting those less fortunate in the South Florida community.  On April 16, 2015, Foundation Chair Ira Leesfield was the keynote speaker to the Jewish Federation of South Palm Beach County Industry Icon Series for the Business and Professional Division.

The networking event took place at the Federation’s campus in Boca Raton and was highly attended by members from a broad range of industries and professions.   Leesfield spoke on the very timely subject of his Foundation’s commitment to generosity, warmth and reassurance in furthering the goal of helping those most in need.  Since its inception 25 years ago, the Foundation has always championed the causes of those most vulnerable – women, children and the elderly.

Ira Leesfield, an Honorary Board member of The Melissa Institute for Violence Prevention and Treatment, just this week renewed his financial commitment to the organization.  He is again a  featured speaker on behalf of the Fatherhood Task Force of South Florida at the organization’s  Kick Off Breakfast to be held at Kinlock Park Middle School in Miami, Florida.

The Leesfield Family Foundation recently helped sponsor the event which will take place on May 14, 2015, a day declared by the Florida Legislature, as “Fathers in Education Day.” On May 17, 2014, as part of the “Fathers of the Year Ceremony” held at the University of Miami Alumni Center,  Leesfield received the Citation of Honor award from Fatherhood Task Force  for his deep commitment and involvement.   “We are forever grateful to Ira Leesfield and his family foundation for their relentless efforts in supporting our mission to encourage fathers to be involved and play an important role in their children’s welfare and development,” said Holly Zwerling, Executive Director of Fatherhood Task Force of South Florida.

The 21st annual AAJ/Leesfield Law Student Scholarship will be awarded in Montreal this summer to a law student who demonstrates a keen interest to the advancement and preservation of the civil justice system.  The scholarship will be awarded during the American Justice Association’s Annual Convention, July 11-15, 2015.  In the words of last year’s recipient, Brenda Kathurima, “I am honored to be the recipient of this prestigious award from such esteemed organizations.  As a student paying for my own college education, I cannot express what this award means to me.Your support is what makes my future a real possibility, and for this, I am deeply grateful.”  Fordham University Law School is assisting the Foundation’s screening for law student recipients.

Of course, the Foundation is pleased to continue its long-term support for women law students through the Florida Association for Women (Miami-Dade), and plans yet another grant this Winter.  Founder Ira Leesfield will be honored at FAWL’s 35th Annual Installation & Awards Dinner with the 2014-2015 Friend of FAWL Award for his continued support since 1997.The event will be held on June 18th, 2015 at Jungle Island, in Miami, Florida.

This year also provided another major grant to Baptist Health South Florida Foundation, Inc. enabling additional research and care to reach patients who are part of the system.  Other hospital grants include Nicklaus Children’s Hospital (formerly Miami Children’s Hospital), Joe DiMaggio Children’s Hospital, as well as Miami Jewish Health Systems.  “Hospital and healthcare for those otherwise outside the system has been a primary goal for the Foundation since its inception,” according to Cynthia Leesfield, a longtime trustee of Baptist Health South Florida.

Children and the elderly are of special interest to trustee Jennifer Leesfield who coordinates giving to the Children’s Home Society, Big Brothers Big Sisters of Greater Miami, Amigos for Kids, Voices for Children Foundation, Inc., Kristi House, Foundation for Foster Children, The Tomorrow Fund,  and Feeding America. “Our resources are well received and maximized since the Foundation has no overhead and we are able to put all of our initiative directly into projects that benefit the most needy,” explains Jennifer Leesfield.

The impact made by the Leesfield Family Foundation has been consistently recognized by the community and national press.  As early as August 2008, the Miami Herald published an article authored by Ira Leesfield “It’s time for Corporate America to pick up pace on its donations.”  (See below.)   The Foundation has also been recognized by Lifestyle Magazine (Pre-Spring 2011 issue), and most recently, by the South Florida Sun-Sentinel and the Florida Jewish Journal. (Link)

As we celebrate the Foundation’s 25th anniversary and continued commitment,  it is clear the work we have begun will be a bigger part of the community’s needs.