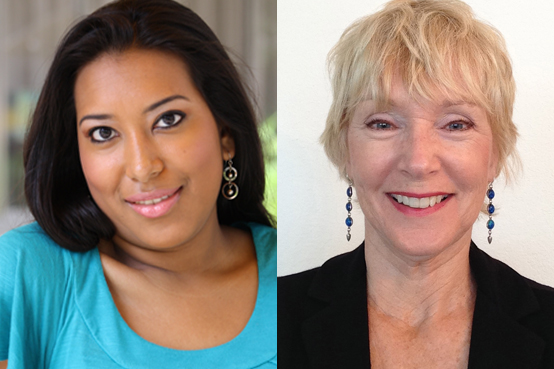 The scholarships are granted in association with the Florida Association of Women Lawyers (FAWL) and presented annually to a law student who demonstrates ambition and commitment to a career in law. The scholarships were presented on December 12, 2013 at FAWL’s Annual Judicial Reception and Scholarship Presentations event held at the Epic Hotel in Miami, FL.

As a first generation immigrant in the United States, Yineth Sanchez received her Bachelor of Science in Legal Studies and Bachelor of Arts in Philosophy from Nova Southeastern University. During the tenure of her education, she balanced the demands of school and volunteering in numerous community organizations. She was recognized as Outstanding Student Graduate and named to the Dean’s List for seven consecutive semesters.

Antoinette Pollard graduated with honors from the University of Florida in 1973. She was among the first women hired into AETNA’s prestigious Group School training program, where she held positions of increasing responsibility. Her involvement as a volunteer mentor to underprivileged children in after school programs was the motivating factor to go to law school.

“These two women were selected based on their strong history of community involvement and their commitment to FAWL’s mission to actively promote gender equality and leadership roles for female lawyers in the legal profession, judiciary and community at large,” said Ira Leesfield, Trustee.

FAWL is a professional organization dedicated to promoting the advancement of women in the legal profession. Its membership is comprised of lawyers, judges, and professionals within the business community. The Leesfield Family Foundation is credited as the first charitable foundation to fund a FAWL scholarship. This year marks its 17th consecutive year of participation.